The 4 easy steps for setting up Scouting in FM (GUIDE)

Scouts in FM… exciting to read their reports and boring to send them out on assignments.

In the guide today, we will show you how to set hire scouts and set up a system at the start of the game, so you never have to worry about it again…

… and just focus on those sweet scout reports instead.

Getting started quickly: Don’t do anything to your data analysts. Their attributes do not matter!

The first thing we want to do is to check that scout cap.

To do so go to the board overview and scroll down to scouts as shown below.

We see that we have way more scouts than the board wants.

This means that if we fire any scouts, we cannot replace them until we have less than 14 scouts.

Following this we want to get rid of scouts that are just not good enough.

To do so go to the scouting team overview as shown below.

From here, choose mental attributes, sort by judging ability and scroll to the bottom.

The attributes you want to look for now is the following:

For getting the job done: Determination

For getting the job done quickly in a foreign country: Adaptability

In the screenshot below, I have highlighted who I will be giving mutual termination.

The way I have judged this is to say, that a scout should have a rating of 15 or higher in either judging player ability or judging player potential as well as a good rating in determination.

Now, we cannot hire more scouts, but I’ll show you how to do it anyway.

First thing do to is go to staff search and apply the filters.

And we hire the scouts we need with high attributes in judging player ability, judging player potential, determination and if he is to go to a country where he doesn’t know the language, adaptability.

Bonus tip: If you want to quickly increase your knowledge of a certain area hire a scout that has knowledge in that area.

In other words, if you sign a guy like Massimiliano Mirabelli, you will not only get a very good scout, you will also get a high level of knowledge and Italy and England.

Send scouts out on assignments

The next step is really important and will ensure you will not have to think about scouts again.

The first thing to do is go to the scouting overview and cancel all current assignments.

Do that by clicking the minus sign in the highlighted row on the right.

With that done we are going to do a bit of planning and I have a set of rules when coaching a Premier League team.

1. I want one scout to only focus on scouting next opposition

2. I want to keep one scout free for doing reports on players I am interested in

3. I want to always monitor the ten best leagues in Europe + Brazil and Argentina. I will thus dedicate a total of 12 scouts to only this

4. I want to scout the entire world

Starting with number 1, we set our scout with the best tactical knowledge to scout the next opposition. That is the only thing he’ll do.

Next, we want to figure out who will not be getting any assignments.

We want one of our very best scouts to do this job.

David Williams is the chosen one.

Next thing to do is set up our 12 country coaches.

Here I want the scout to both search for established players and youth players.

First, we set up a scout for England to look for established players.

Next step is to:

2. Go and select the scout to do the job

After having pressed “recommended by chief scout” you can select who you want to do the job. Here you should select a scout with high knowledge of the country (England) and someone who hasn’t been given an assignment yet.

And remember, David Williams we do not give any assignments.

Now go do the same for the other nine leagues in Europe + Brazil and Argentina. The countries you want to scout are:

Finally, we want to make sure we scout the entire globe for both senior and youth players.

To do so, assign a scout to every region there as above and you’re good to go.

Here you should look to have scouts with high adaptability and determination as they will be travelling a lot.

Note: You will be finding a lot of players, that are not suitable for your team with this method. However, this method also allows you to never have to touch the scouting setup again and once the scout is up to speed in a country, he will get faster at scouting.

Now you try it

We hope this guide and our checklist helps you get through all the backroom stuff when joining a new club in FM 17.

It takes some extra time and effort, but once you have done it you never have to do it again

I hope you’ve liked the guide and I’ll be around to reply to comments and answer questions.

So, if you have a question or thought, leave a comment right now. 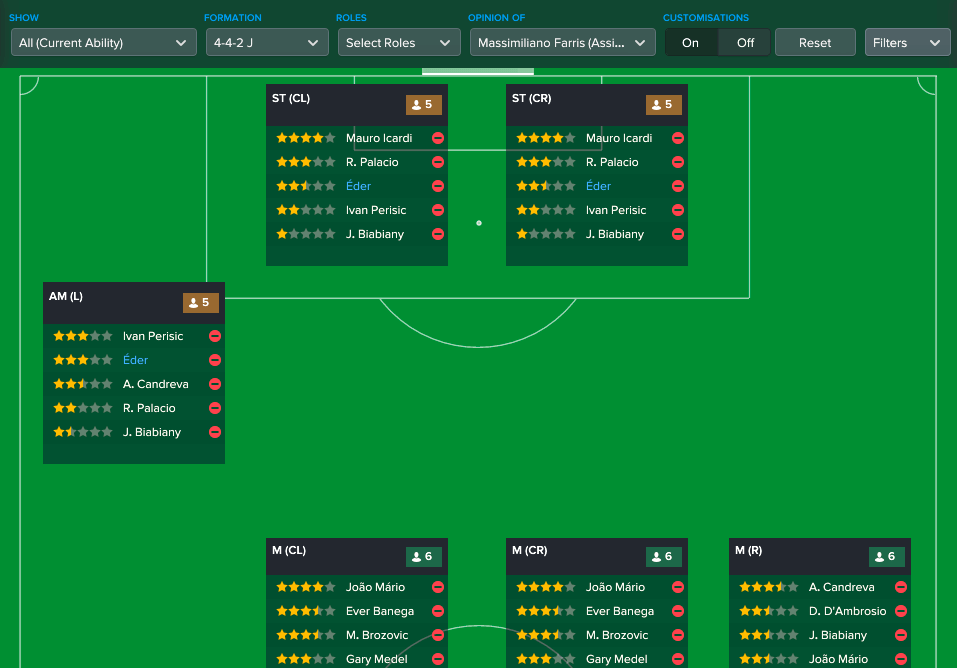 I Analyzed The Data: Is FM17 the best FM yet?